IT security, one of the priorities of the Hungarian Presidency, was an indispensable constituent of efficient policing, life and property saving – Minister of State for Infocommunication Zsolt Nyitrai of the Ministry of National Development pointed out at the opening ceremony on Tetra World Congress and exhibition on 25 May 2011 in Budapest.

The Hungarian Presidency assigned overriding significance to IT security: it was placed in the focus of the Telecom Ministerial Conference organised at Balatonfüred as well as the recently held meeting on the calling number 112, Mr Nyitrai reminded.

This is the very first time Tetra World Congress and exhibition, the largest global event of professional digital mobile communication, used primarily by defence organisations, is hosted by a CEE country. In addition to four thousand police chiefs, senior firemen and ambulance officers, representatives of global telecommunication companies and corporations in the vanguard of information technological development participate in the event organised by Hungexpo Budapest between 24-27 May 2011.

At the opening ceremony of the event, Zsolt Nyitrai stressed that safe communication was extremely important in view of terrorism and the various natural disasters we have recently experienced.TETRA is a professional radiocommunication standard and system used worldwide by organisations that require highly secure and strictly confidential communication. For the most part this technology, applied in 70 countries, provides for communication by first responders – the fire service, the emergency health services and the police -, but it is also instrumental in the work of key manufacturers and transport companies. The success of TETRA is evidenced by the fact that by now the European Union’s standard has spread in four other continents of the world.

Zsolt Nyitrai pointed out that the open digital trunked radio standards relying on TETRA technology have been used by ten Hungarian organisations. 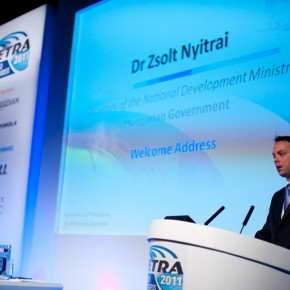 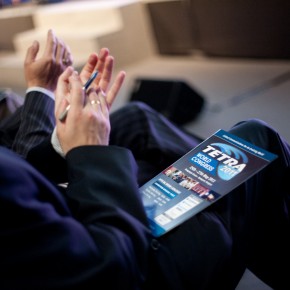