Talks with the Director General of the Department for Business, Innovation and Skills of the UK Government

[@ 11.01.20.] Bilateral talks were held between Dr. Zsolt Nyitrai, Minister of State for Infocommunications and Philip Rutnam, Director General of the UK Department for Business, Innovation and Skills (BIS).

The Department for Business, Innovation and Skills (BIS) is a ministerial department of the United Kingdom Government leading work across government in building a dynamic and competitive economy by promoting business and innovation. 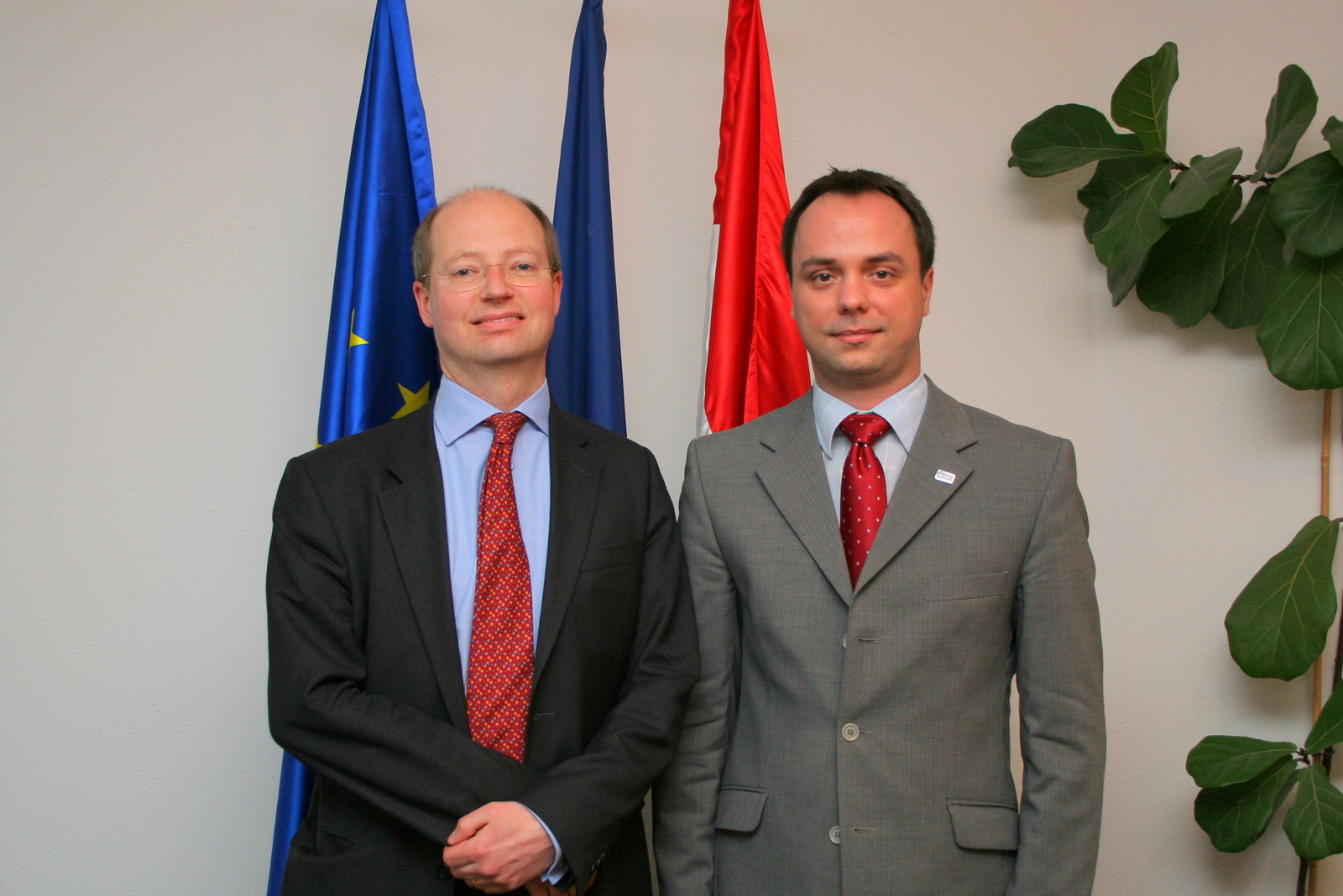 At their meeting, the parties reviewed the tasks of the Hungarian EU Presidency and agreed on the top priority of the Digital Agenda, a key initiative of the Europe 2020 Strategy.

Today there is a Single European Market, a market that also functions online. In this regard, further steps need to be taken to enhance the performance of the EU’s creative industries – acknowledged the parties.

Philip Rutnam pointed out that the Hungarian Presidency had drawn up an ambitious plan and is hoping that dynamic progress will be achieved with key dossiers, such as the creation of the European spectrum strategy and the reform of ENISA the European Network and Information Security Agency.

The United Kingdom will support the Hungarian Presidency and the presidency programme – underscored Rutnam.