[@ 11.01.13.] At the meeting of the European People’s Party Minister of State for Infocommunications Zsolt Nyitrai said spectrum policy challenges have to be addressed promptly and effectively.

Zsolt Nyitrai, Minister of State for Infocommunications and Chair of the Telecommunications Council during Hungary’s EU Presidency took part in an event organized by the European People’s Party focusing on radio spectrum policy issues in Brussels on 12 January, 2011. In his speech the Minister of State stressed that the European community has to come up with prompt and effective answers to the technological challenges of our time. He also noted that European Union needs to shift into higher gear since the political regimes of our global competitors with communities of greater populace are more adapt and faster-reacting to challenges. 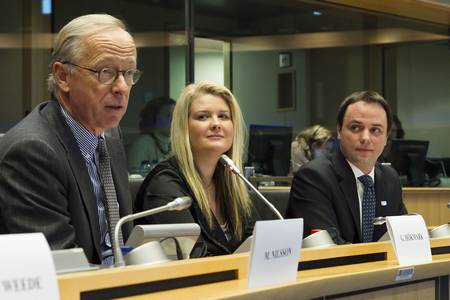 The time has come to open new perspectives for the citizens of Europe – said Nyitrai, adding that the Hungarian Presidency regards the creation of smart, dynamic, and flexible spectrum policy as a crucial tool to improve competitiveness.

Nyitrai pointed out that the take-up of mobile devices is unstoppable, the latest mobile gadgets are released in vast numbers at international trade shows, necessitating additional frequencies for European operators to meet demand from increased data traffic. According to the Minister of State the European Union’s interest is to create dynamic, flexible, fast-reacting and smart spectrum policy, thus providing European citizens access to services that meet their increased information demand, satisfy them in terms of digital entertainment, day-to-day relations, and e-government services. 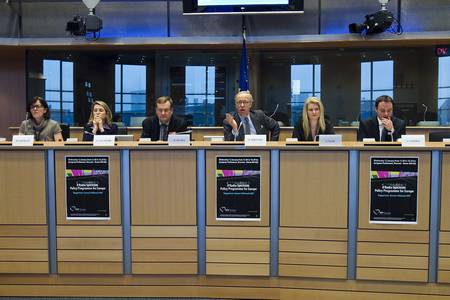 In Nyitrai’s view the European Commission’s RSPP proposal effectively supports swift broadband expansion in Europe through appropriate spectrum tools. He also referred to a high-level meeting in the subject held on 6 January in Budapest with Neelie Kroes, EU Commission Vice-President responsible for the Digital Agenda, and Gunnar Hökmark, the European Parliament’s chief rapporteur on spectrum where the parties agreed that more spectrums should be made available to foster a rapid increase in broadband deployment. In his speech he reminded that the Hungarian Presidency is interested in the establishment of a consensus-based policy, calling the European Parliament to support the rapid adoption of the radio spectrum policy programme.